The end of 2016 was so depressing and bleak that I didn’t bother to do one of these recap posts, but so much has happened lately that I haven’t blogged about, that I feel like I should pick it back up.

1. What did you do in 2017 that you’d never done before?
* Chris and I got married!
* Related to the previous point: I officially became a stepmom! 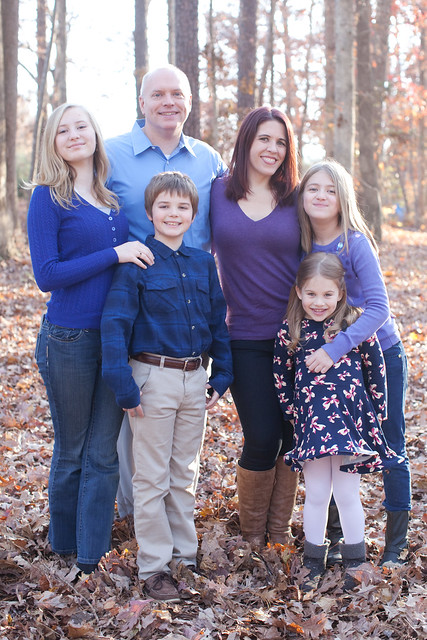 Honestly, this little blended family we’ve created is just about the greatest thing ever. We are so damn lucky.

2. Did you keep your New Year’s resolutions, and will you make more for next year?
No and no. I tend to think resolutions are just something you give up by sometime in mid-January. Changes don’t always happen on a set calendar timeline.

3. Did anyone close to you give birth?
Several friends had babies this year, and my cousin & his wife had a baby girl.

4. Did anyone close to you die?
It feels weird to mention a cat here, but Beaumont dying back in February really knocked all of us for a loop. I’m pretty sure I cried more for that cat than I cried over my own divorce.

5. What countries did you visit?
Jeez, this question is always so depressing. I don’t think I even left North Carolina in 2017.

6. What would you like to have in 2018 that you lacked in 2017?
A home of our own. I moved into this house with Catie and Lucy in 2011, after Dave and I split up, and it’s been a great landing place for us for the past 6+ years. But it’s a rental house, so we can’t change things like the ugly wallpaper, pastel blue siding, etc. I want to buy a house that we can really make ours. One where the kids have their own bedrooms, a fenced backyard for Roxie, and where I have a home office with a door I can close (I currently work in the dining room, and it’s really hard to work when the kids are home because I have no sound barrier anywhere).

7. What dates from 2017 will remain etched upon your memory, and why?
* January 21st – Participating in the Women’s March the day after Trump was inaugurated.
* February 15th – The day we brought home our new kittens, Fifi & Sunny.
* November 22nd – The day Chris & I got married. 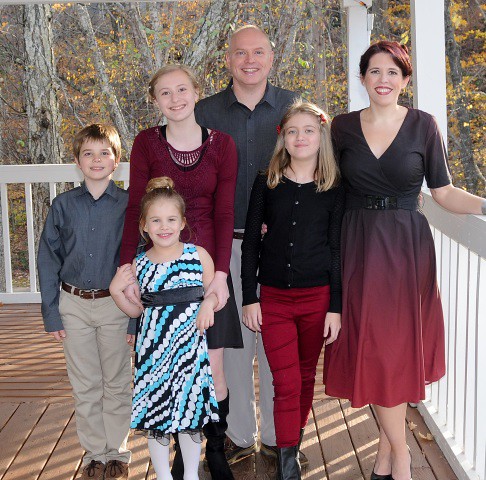 8. What was your biggest achievement of the year?
I’ve  been kicking ass at my job, and I’m really proud of a lot of my work there.

9. What was your biggest failure?
I’ve been more short-tempered than usual, and that’s been weird, because it makes me feel unlike myself. I know a lot of it has been related to my health (see below), but it kind of sucks when I have to keep apologizing for being irritable and cranky.

10. Did you suffer illness or injury?
I hurt my knee, which kept me from being able to run for a while. That was not fun. I’ve also been having a problem with recurring headaches, but my doctor referred me to a neurologist, and I’m cautiously optimistic that it might be getting better.

11. What was the best thing you bought?
I don’t know if you can say that I “bought” it, but we paid for a marriage license. That was pretty great.

14. Where did most of your money go?
Rent, groceries, kids. The usual.

15. What did you get really, really, really excited about?
It feels weird to keep mentioning my own wedding, but: that. Also my kids’ birthday parties. Adopting 2 tiny kittens. The new Star Wars movie. The new season of Game of Thrones. Lots of stuff, I guess.

16. What song will always remind you of 2017?
I’m going to say “Perfect” by Ed Sheeran – not because it’s a great love song (although it is). The real reason is because listening to my daughters sing it is one of the sweetest, loveliest things I’ve ever heard, and gets filed under that category of “man, I hope I still remember this when I’m old and senile.”

17. Compared to this time last year, are you:
a) happier or sadder? I don’t know that I have an either/or answer for this. Can I say angrier? Because I am. I’m so angry at the shitshow my country has become. All of the feminist ideals that my parents raised me with have just bubbled over into this endless internal rage-fire that I’m not sure exactly what to do with.
b) thinner or fatter? Thinner by maybe 5 pounds, but not much. (Not complaining.)
c) richer or poorer? Well, I got a raise, and my company’s stock price is doing so well that I’m about to use some of my stock options to buy a house. So definitely richer.

18. What do you wish you’d done more of?
Being productive around the house. I did the “40 Bags in 40 Days” challenge during Lent, and I’ll likely do it again this year, because we really need to declutter if we’re going to move sometime this year.

19. What do you wish you’d done less of?
Same answer as the past years, worrying about things that I have no control over.

20. How did you spend Christmas?
The usual. Christmas Eve church service with my family. My kids were with me for Christmas morning, then went to their dad’s to do Christmas with him. I took a nap and went for a long run with Roxie. My sister and brother-in-law flew in for a few days. We’ve had all 4 kids here since December 26th, which has been great, and I’m already sad that it’s going to end on Wednesday.

22. What was your favorite TV program?
Game of Thrones.

23. Do you hate anyone now that you didn’t hate this time last year?
Do political figures count?

24. What was the best book you read?
I’m going to plug a children’s book that a friend wrote: Bernadette the Brave by the amazing, lovely Allison Zapata. You should buy it for your kids. It’s really, really good. I’m not just saying that.

25. What was your greatest musical discovery?
He’s not new, but my kids got me into Ed Sheeran this year. It’s been a long time since I’ve had an album that I play on repeat. But pretty much everything on his last 2 albums has been my jam lately. (And yes, I’m probably too old to be an Ed Sheeran fan. Whatever.)

26. What did you want and get by year’s end?
I feel like Chris and I have been a good team for years, and I feel like our kids have been a blended family for a very long time, but having everything legal makes it all feel a little more solid.

27. What did you want and not get by year’s end?
A house. I wanted to buy a house last year, but it didn’t work out for a bunch of reasons. Chris & I decided to put off house-hunting until after Christmas, so we’re about to start searching again.

28. What was your favorite film of this year?
I want to say “The Last Jedi,” but I also really loved “Wonder Woman,” and I have to admit that “Thor: Ragnorak” was great fun.

29. What did you do on your birthday, and how old were you?
I turned 41. I don’t think I did anything particularly special? I think I just had dinner with my parents and my kids. The usual.

30. What one thing would have made your year immeasurably more satisfying?
Impeachment.

31. How would you describe your personal fashion concept in 2017?
Athleisure. I own more yoga pants than any reasonable person needs. But I mean, I work from home, so it’s not like I have to dress up on a daily basis to impress anyone.

32. What kept you sane?
* Running.
* Having a partner who listens to me when I need to vent.
* A lot of various prescription medications. God bless medical science.

33. Which celebrity/public figure did you fancy the most?
Chris Hemsworth as Thor, after his haircut. If you don’t get it, do a Google image search for pictures of Chris Hemsworth carrying his babies. You’re welcome.

34. What political issue stirred you the most?
There is no way I can answer this succinctly. I’ll just gesture broadly at the world in general and say: all that stuff.

35. Who did you miss?
There are a few friends who live far away who I really wish I could’ve seen this year.

36. Who was the best new person you met?
This feels unfair to try to single someone out. There are too many people I like.

37. Tell us a valuable life lesson you learned in 2017.
ELECTIONS HAVE CONSEQUENCES. (*hyperventilates with rage*)

38. Quote a song lyric that sums up your year.

Not a song lyric, just a quote that I think sums up my year pretty well:

And since I always finish these posts with a song, here’s an acoustic version of “Take on Me” by A-Ha, which I’ve listened to probably over 20 times, and I could easily listen to it 20 more.