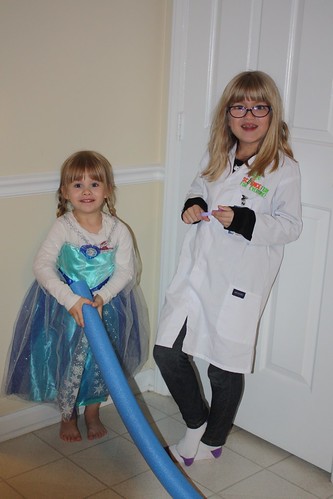 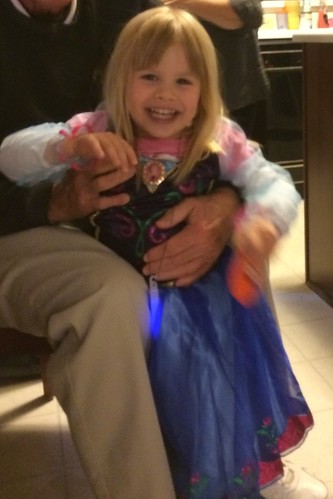 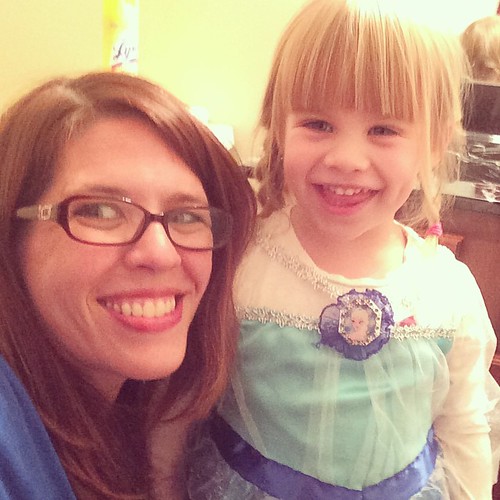 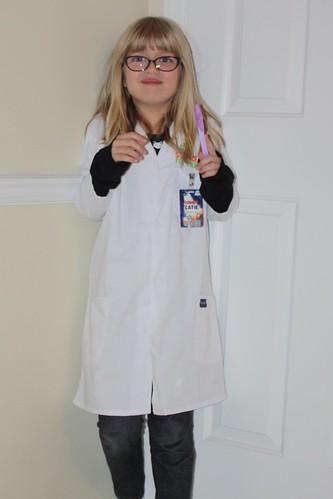 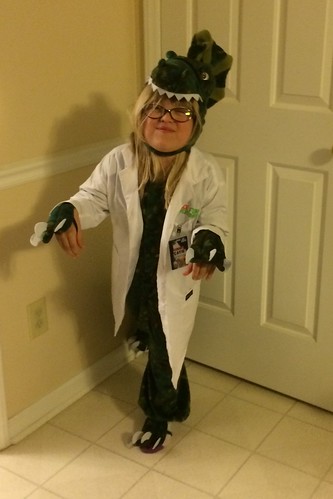 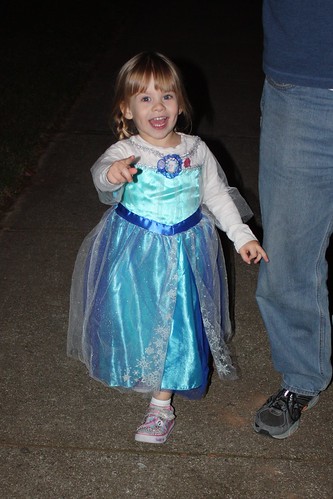 Catie’s daycare is having a Halloween party on Friday afternoon. All the kids dress up in their costumes, they have a “parade” (read: they march in a circle around the outside of the building), and the parents all come to take a million pictures. It sounds like fun. I saw on the door to Catie’s classroom there was a sign-up sheet to bring food for the party, and since most of the options involved cooking or a lot of preparation, I signed up for “Halloween-oriented treat.” Right. Candy. I can do that.

I considered just buying a bag of something and calling it good, but I had to buy Halloween candy for our neighborhood kids anyway, and there are only 12 kids in Catie’s class. So I bought some festive tiny paper sacks and filled each of them up with a variety of treats. Catie helped me distribute the candy evenly among the bags, it was a fun little project for us. We even made an extra bag for her teacher.

One of the things that I bought – which, if I’m being totally honest here, I mainly bought for me, not for the Halloween party or for the trick-or-treaters this weekend – was a big bag of Nerds candy. I love Nerds. This bag was made up of tiny boxes of grape and strawberry flavors. My favorites.

So while we were setting up the treat bags, I opened a little box of Nerds for myself. Catie asked if she could try them. I said sure, she held out her hand, and I shook a few of them out of the box into her palm.

As soon as she put them in her mouth, she got this really weird, sort of far-away look on her face. I thought maybe it was too sour for her and she’d want to spit them out.

Catie: (in a hushed, almost reverential tone) This is the best candy I’ve ever eaten in my whole life.

So apparently she likes the sour stuff, just like her mommy.

She asked if she could have her own mini-box of Nerds. Since I had wolfed down mine already, I gave her one, and she took off upstairs with it. I knew Dave was taking a nap upstairs, but I didn’t think anything about it.

Catie came downstairs a few minutes later. “I put some of da Nerds in Daddy’s mouth while he was sleeping to share them with him. Was that nice?”

I told her that yes, sharing is very nice, but it’s usually a good idea to wait until the person is awake. I was a little worried that Dave would choke in his sleep, so we went upstairs to check on him. He was awake, he said that he had been sleeping, obviously with his mouth open, because he woke up to Catie shoving candy in his gaping maw.

This is around the part where I died laughing. What makes it even funnier is that Dave doesn’t even like Nerds. He isn’t into sour candy at all.

Oh well. I guess for now, the Willy Wonka candy people can rest easy knowing that they just got at least one brand new fan this Halloween season.