1. What did you do in 2013 that you’d never done before?
* Became the mom of a first grader.
* Got new boobs.
* Said the f-word in front of my dad. (I was quoting something, so it was appropriate in that context, but it was one of those, “Whoa, I guess I’m really an adult now because I didn’t get in trouble for saying that” moments.)

3. Did anyone close to you give birth?
A few friends had babies. My college roommate had her second little girl, and another friend just recently adopted a baby after years of infertility problems, and I am so happy for her.

4. Did anyone close to you die?
Well, the world lost Dawn, and that sucked. Nobody in my immediate family passed away this year, thankfully.

5. What countries did you visit?
No other countries. I did go to Texas twice, though. (Once in May for my sister’s bridal shower/bachelorette party, and again in November for her wedding.)

Stability. Calmness. Serenity. Less drama. Two kids who sleep through the night in their own damn beds. Little things.

Yeah. That. I would still like that, please and thank you.

8. What was your biggest achievement of the year?
I worked really hard on a lot of things – fitness, mental health, communication skills, being better at my job – and I made a lot more progress with all of them than I ever had before.

9. What was your biggest failure?
Sinking to someone else’s level and reacting when they were obviously only trying to antagonize me.

11. What was the best thing you bought?
There’s a few gadgets I could list here (upgraded phone, second iPad to make the kids stop fighting over the one, etc.), but I was trying to think of something a little more creative.

Actually, one of the best things I got was the armoire that I bought off craigslist and put in my office. So much storage space! So much easier to tidy things up!

12. Whose behavior merited celebration?
My sister. She pulled off planning a wedding for over 200 guests and never once turned into a Bridezilla about any of it. And it was gorgeous, and everything was perfect. 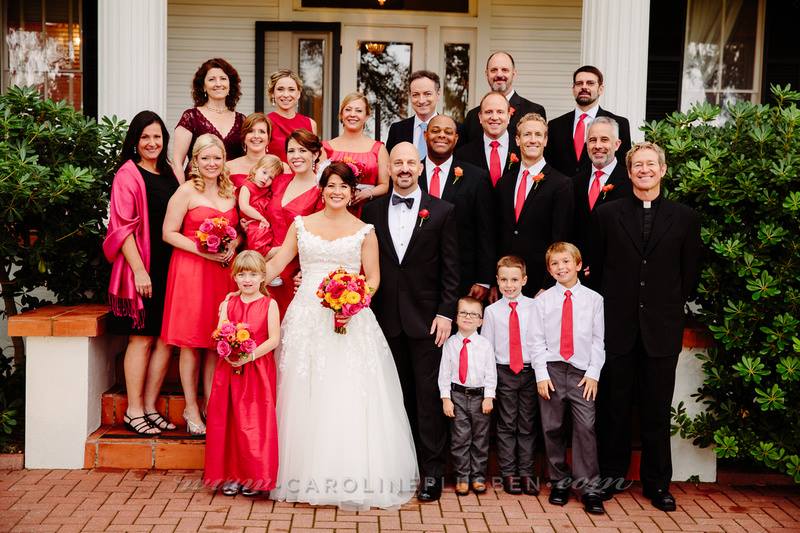 Let’s face it, she wins the whole year.

13. Whose behavior made you appalled and depressed?
Without naming names or being specific at all: people who spend their lives so consumed in anger and bitterness that they try to take down everyone else around them. I suppose I knew these people existed prior to the past year, but I had never had firsthand exposure to just how horribly some grown-ass adults actually behave. And it is pathetic and sad to see, let me tell you.

15. What did you get really, really, really excited about?
I got stuck on this question because there are just so many things.
* Seeing my sister get married.
* Watching my kids as they grow and evolve into their own personalities, and just reveling in each of them.
* Getting back together with Chris.
* Seeing how much my kids love Chris, and getting to know his kids, who are delightful and fantastic.
* Introducing Chris to my family and having them completely embrace him and love him, because they see how happy I am with him. And that makes me realize how much they love me, because they all want me to be happy, and oh man, it’s just a big ball of ooey gooey love over here and sorry I’ll shut up now.

16. What song will always remind you of 2013?
I was going to say “Blurred Lines,” because that song was everywhere this year, but I’m not particularly a fan of it. I mean, it’s a catchy tune, I’m just tired of it now. Same with that “Royals” song by Lorde. Or “What Does the Fox Say,” because Catie has played that one approximately 10 bajillion times.

So I’ll pick “I Love It” by Icona Pop, because it’s Lucy’s favorite song (well, I guess it’s toss-up between this and anything by Katy Perry), and we listened to her sing “I don’t care, I love it” more times than I can possibly count.

17. Compared to this time last year, are you:

18. What do you wish you’d done more of?
Sleeping.

19. What do you wish you’d done less of?
Losing my temper with the kids over stupid, trivial things. Some days I’m too short-tempered and yell too much. Happens to the best of us.

(I also say I’m sorry and give hugs & kisses afterward. And I’m pretty sure nobody’s going to therapy because they were fighting over a toy and Mommy yelled, “KNOCK IT OFF OR EVERYONE IS GOING TO BED RIGHT NOW!!” But I still feel bad when I’m irritable with them.)

20. How did you spend Christmas?
Surrounded by my favorite people, as well as some really fantastic food. I am very lucky and I have zero complaints.

22. What was your favorite TV program?
Breaking Bad.

23. Do you hate anyone now that you didn’t hate this time last year?
Hmmmm…. define “hate”? There are a couple of people who I genuinely dislike now, but I try not to waste my energy on hate.

24. What was the best book you read?
This is terrible, but I cannot think of a single book that I started and finished this year. I started a lot of books and didn’t finish a single one. I apparently have literary ADD.

25. What was your greatest musical discovery?
Lots of stuff on the radio that I liked this year. Imagine Dragons, One Republic, that “Cups” song, pretty much most of the stuff that my kids sing because I think it’s adorable.

26. What did you want and get by year’s end?
An upgraded iPhone. (Finally retired my 3 1/2 year-old iPhone 4 and got the 5S. Or rather, it was given to me as a Christmas gift. Best gift ever, too, since I use it daily.)

27. What did you want and not get by year’s end?
For Lucy to sleep in her own bed at night. Seriously, we’re up to 31 months now, and she’s still crawling up in my bed every single night. WHEN DOES IT STOP?

28. What was your favorite film of this year?
I think it came out last year, but we watched Super 8 on Netflix, and I thought it was fantastic.

29. What did you do on your birthday, and how old were you?
I turned 37, and I had dinner with my kids at my parents’ house. Not that exciting, but it was nice.

30. What one thing would have made your year immeasurably more satisfying?
I’ve been thinking about this for a while, and I’ve got nothing. I am incredibly fortunate.

31. How would you describe your personal fashion concept in 2013?
I’d call it “still trying to figure out what works on my differently-shaped body now that I’ve lost weight and gotten boobs.” It’s pretty hit-or-miss.

33. Which celebrity/public figure did you fancy the most?
I admit, I developed a little bit of a crush on Aaron Paul/Jesse Pinkman. I know he’s too young and I could probably snap him like a twig, but… yeah. Go figure.

34. What political issue stirred you the most?
Oh, gun control, abortion rights, marriage equality, all the typical things us hardcore liberals get amped up about.

35. Who did you miss?
The first 4-5-ish months of the year, I missed Chris a lot. Now I just miss all of my friends and family who live far away.

36. Who was the best new person you met?
I met lots of people this year, not sure if I can single out one as the “best.”

37. Tell us a valuable life lesson you learned in 2013.
See #9. I’m learning that if someone comes after you and their only intent is to provoke a reaction or make you angry, the worst thing you can do is let them.

As one of my very dear friends back in Mississippi says, “You just gotta be like a duck, darlin’. Just let it roll right off you.”

So there’s my life lesson: be more duck-like.

38. Quote a song lyric that sums up your year.
Not my favorite song of the year, but it always reminds me of Chris:

“It’s not a walk in the park
To love each other.
But when our fingers interlock,
Can’t deny, can’t deny you’re worth it
Cause after all this time.
I’m still into you.”

Yep, that about sums it up.