I try to get nice pictures of the girls every year, both for Christmas cards and just for general “family photo” purposes. Last year, I was a cheapskate and tried to take them myself. It really didn’t turn out so great. And because I was the one taking the pictures, I wasn’t actually in any of the photos.

The year before that, the amazing and talented Laura took pictures of us, and they turned out gorgeous. But Laura has retired her photography business (which I don’t blame her for one bit), so she isn’t an option for us anymore.

This year, I checked with one of my local Facebook moms’ groups, and saw people talking about local photographers. That’s how I found Maria at Mia Bella Expressions, and we set up a date to take pictures this past Saturday.

I’ve only got a “sneak peek” of a few of the pictures so far, I should get the rest later this week, but you guys. They’re amazing. 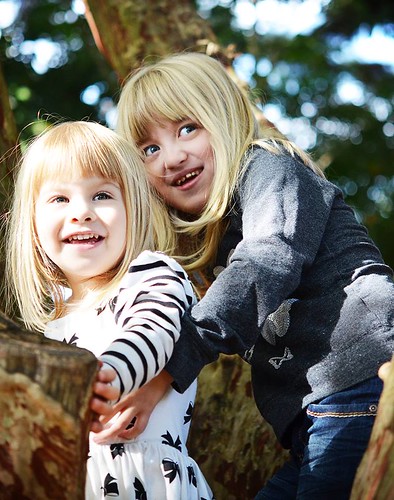 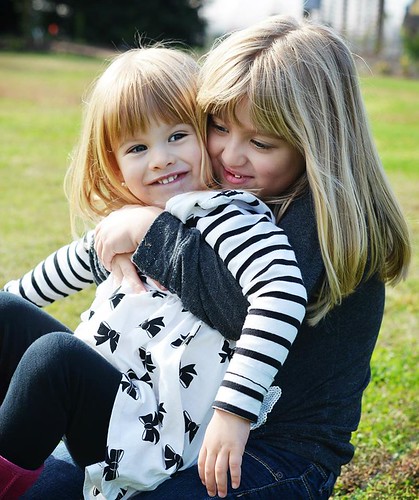 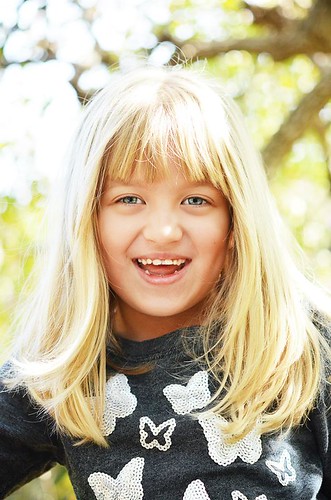 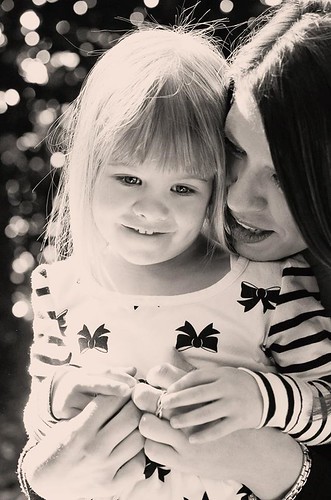 Catie is at the age where she hates having her picture taken, and when she does smile for the camera, it’s often a fake/forced smile. Lucy is normally a ham for the camera, but she’s shy around new people, so it’s hard to get her smiling and acting like her normal silly self with a photographer she’s never met. Maria was great at getting the girls relaxed and capturing them in that little millisecond when they were both smiling at the same time. 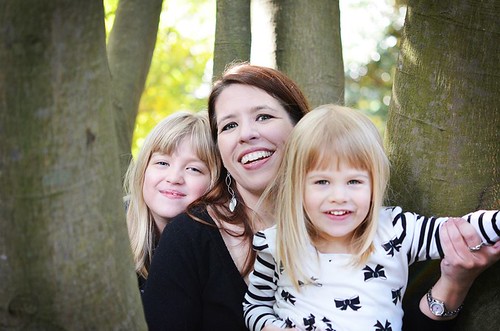 Initially, my plan had just been to get pictures of me and the girls. Then it turned out that Chris was free on Saturday too (which is unusual), so I asked him to come along.

And I’m so glad I did, because pictures like this? That’s basically my whole heart right there. 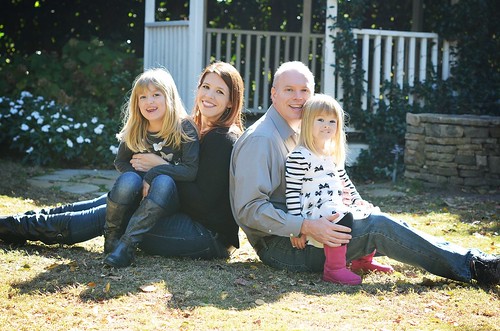 I mean, look, he’s not their dad. He’s not even their step-dad, because we aren’t married and have no plans to ever get married. To my girls, he’s just Chris, and he fits with us so easily. They both love him, and he loves them. There’s no tricky blended family dynamics for us to sort out, it just… works.

(Side note on that whole “blended family” topic — as far as I can tell, based on what I hear from them, Catie and Lucy also love Dave’s girlfriend and her kids. Which is wonderful. Dave and I have been getting along great lately, and I realize that we co-parent as a team better now than we probably ever have in the past. I love that my kids can see firsthand that, even though their dad and I split up, all of the adults in their lives work together well for their best interests, and that they are loved and supported on all sides. It takes a village, you know?)

The only thing that would’ve made this family photo day better would’ve been if it had worked out so that we could have had Chris’s kids in the photos too. Because that big chunk of his heart is missing here. 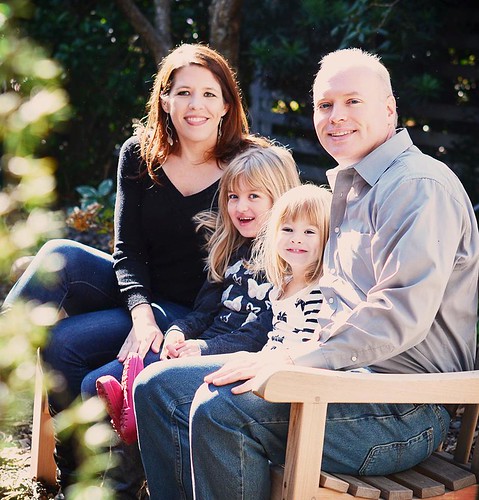 Maybe we’ll be able to do a make-up picture date sometime with them. Because it really was so fun, and dammit if kids don’t grow up so fast. It’s nice to have some of those little moments in their lives captured along the way.

And local folks, this is no way a sponsored blog post, but if you need family pictures, you should talk to Maria at Mia Bella Expressions. I could not be happier with the whole experience.