I’ve composed about a half-dozen blog posts in my head over the last couple of weeks, but I can never seem to find the time to sit down and write anything out, or make it coherent. So here’s a bunch of random little things.

Remember I said a while back that my goal was to be able to run 5 miles? Well, a couple of weeks ago, I finally did it. Let me repeat that: I RAN FIVE MILES. And I’ve done it a couple of times since then. Which is kind of amazing, given how terrible I was at running up until very recently.

I don’t know how many of y’all have seen the Running Drawing Tumblr, where the girl runs routes in various shapes on her GPS app, and most of the time they look like penises?

Well, a couple of Saturdays ago, while the kids were with Dave, I went for a run at a nearby park, got completely lost (there’s a lot of trails that sort of loop back on themselves, plus I have a crap sense of direction), and I realized when I got home that I… basically ran a duck. 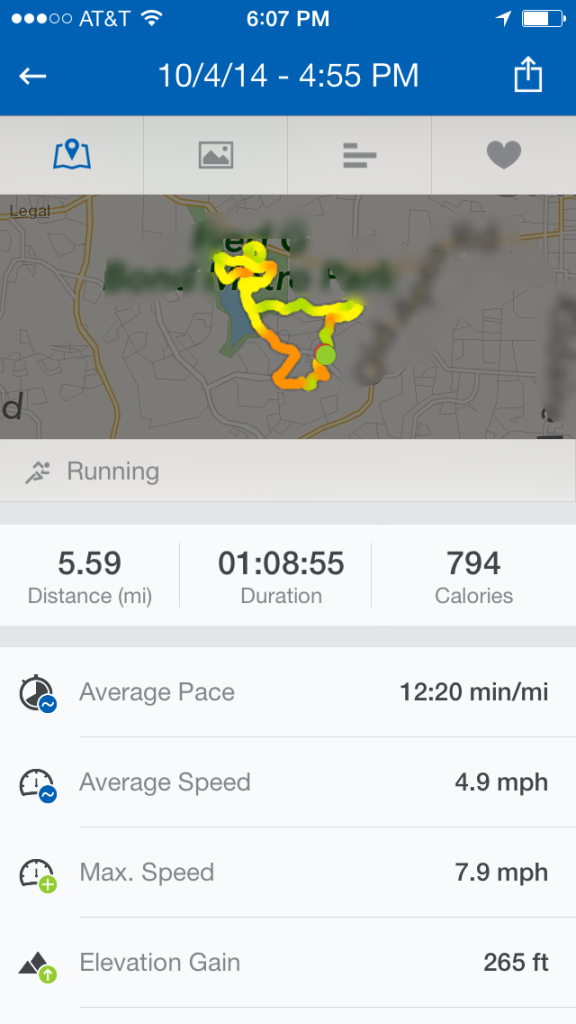 Not my intention, but I’ll take it.

I don’t know what my next goal is. I’ve started thinking about half-marathons in the back of my head, but I’m not sure if I’ll ever do it.

Also on the whole fitness/exercise thing, have you heard of these Betty Rocker workouts? A couple of times a year, she does this 30-Day Fitness Challenge. Linda (@Sundry) does a good job of summarizing it here.

I was sold on it for a few reasons: I need to work on strength training, 3 workouts a week is totally manageable, and most importantly: it’s free, so if I decide I hate it and flake out, no big loss. I found a bunch of my Twitter friends are doing it as well, and that’s been kind of fun, to have people you can talk to about it, and commiserate with along the way.

Anyway, I just finished week 2, and I have no idea if I’ll make it the whole month, but… maybe? I’ll try. I mean, I’m halfway done, so I feel like I’m invested enough at this point to try to stick it out.

Catie is on her fall break, and just finished up a week at science camp. She was so excited about it, and had such a great time, and the whole facility is set up really neat, and I just can’t say enough nice things about them. 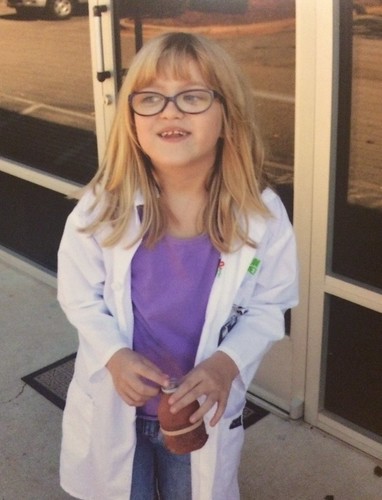 They let her keep her lab coat, and now she’s saying that she wants to be a scientist for Halloween. This will be the first year since she was 2 that she hasn’t been a dinosaur for Halloween, so I’d say that’s pretty huge.

Meanwhile, in my quest to encourage each of my kids to explore their own interests: Lucy has said several times that she wants to take ballet classes. So I thought, why not? She wants to wear tutus and be a girly-girl, then by all means, let’s embrace that, and let her be who she is.

I called around and found a dance studio that would let her try one free trial class. The class was called “Ballet, Tap, & Tumble,” and it was all 3 year-olds. That sounds completely awesome and hilarious, doesn’t it? I bought her a leotard and ballet shoes, and we borrowed tap shoes from a friend. She was so excited when I first told her about it.

Then, Saturday morning, when it was time for class, she freaked. She wouldn’t put on the leotard, she cried and cried. I figured she could go in her regular clothes, no big deal, maybe she’d decide to change when we got there and saw the other kids in their leotards.

She refused to go into the classroom. She clung to me like a baby rhesus monkey, and buried her face in my hip when the (very sweet) instructor came over to introduce herself. I couldn’t even get her off my lap to watch the class. 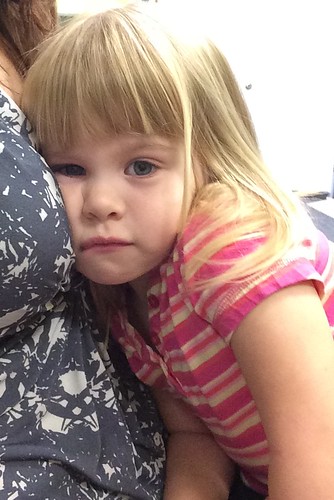 We eventually gave up and left.

I suppose 3 is awfully young to start ballet, maybe she could try it next year and have fun with it. Or maybe she’ll never want to take dance classes, and that’s ok too.

October seems to be a month that’s dedicated to raising awareness for a lot of various causes, and it’s a hard month for a lot of people. Like:

Point being: if any of those things apply to you, and it makes October a difficult month for you, I am very sorry, and I wish you peace.

Just so I don’t end this post on a complete down-note: in case Lucy’s sad, pouty face up there is too heartbreaking, allow me to show you what happened a few hours later, when I wasn’t paying attention and she found my Burt’s Bees tinted chapstick on the bathroom counter. 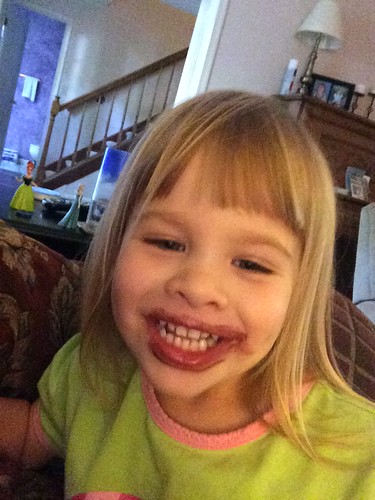 She said, “I so beautiful now! I can give you a kiss?” Then left a big ol’ purple mark on my cheek. Thanks, kiddo.

So, there. Purple chapstick’ed kisses for everyone.