Lucy is going to be ten years old next month, which is both mind-blowing (a decade of Lucy!) and also completely un-shocking because she’s been calling herself “almost 10” for quite a while now. It’s weird to think that pretty soon, I won’t have any kids in single-digit ages, but I tend not to get too wistful or sad about them growing up, because I’m always excited to see what they’ll do next. Every phase they go through, I think, “oh man, this is the best! I want to freeze them at this point right here!” Then they inevitably outgrow that, and I think, “oh no, nevermind, THIS! This is the best yet!”

I don’t typically dig through the archives of this blog; maybe I’ll search for a recipe I once posted, but that’s about it. I especially don’t dig through the posts I wrote in 2010-2011, during my pregnancy with Lucy and around the time she was born. I’m afraid I’ll stumble across something that still hurts to read, or I’ll see something I wrote that was a blatant lie about how great Dave and I were doing, when the truth was anything but. Our marriage was falling apart pretty early into my pregnancy with Lucy, and probably started unraveling before I even got pregnant, if I’m being totally honest.

I always thought that Lucy was the luckier one of my kids, because she would never have any memory of Dave and me together, so she wouldn’t feel sad about it like Catie. Of course, nothing is ever that simple, is it?

Last night, Lucy and Jack got into an argument that was one of those stupid typical sibling fights that started over who had which spot on the couch. These types of things are thankfully getting more and more rare as they get older, but last night was one of the exceptions. I was in the kitchen so I didn’t see who did what, but it escalated to the point where Jack said that Lucy kicked him, and Lucy said that Jack tried to sit on her and bent her fingers backward. Jack got really angry, Lucy cried — like I said, typical sibling fight. I broke it up by sending them both upstairs to shower and get ready for bed. I’m not sure if it was the fact that they were physically separated (Lucy in the master bathroom, Jack in the hall bath), or if it was the magic powers of warm water on their heads (which seems to work like a mood reset button, for whatever reason), or some combination of both, but they were both fine after that.

(I feel like I need to caveat that last paragraph, but truly, Lucy and Jack are buddies more often than not these days. And Jack is often the bridge that helps Catie and Lucy get along with each other! I am incredibly grateful to have him here with us for so many reasons, he’s such a great kid. Last night was just one of those weird outliers where they got on each other’s nerves. Most likely they were both just over-tired.)

She said that she thought that she must be the reason why we separated, because it happened right after she was born. Which: OF COURSE she would think that. She was only 2 months old when Dave moved out. If anything, I should be surprised that it took her nearly 10 years to make that connection and say it out loud to me.

I reassured her that her dad and I split up because of stuff between him and me, and no other reasons. I said that if anything, she was the one who made our lives better once she arrived. We have a recurring joke that her name, Lucille, means “light,” so I often call her my little light. But it’s so accurate, because she really is just this little beam of sunshine in our lives. She’s whip-smart and she’s got an amazing sense of humor, she can brighten up even my most depressed days. So I reminded her again that she’s my little light, and I would be so sad without her. 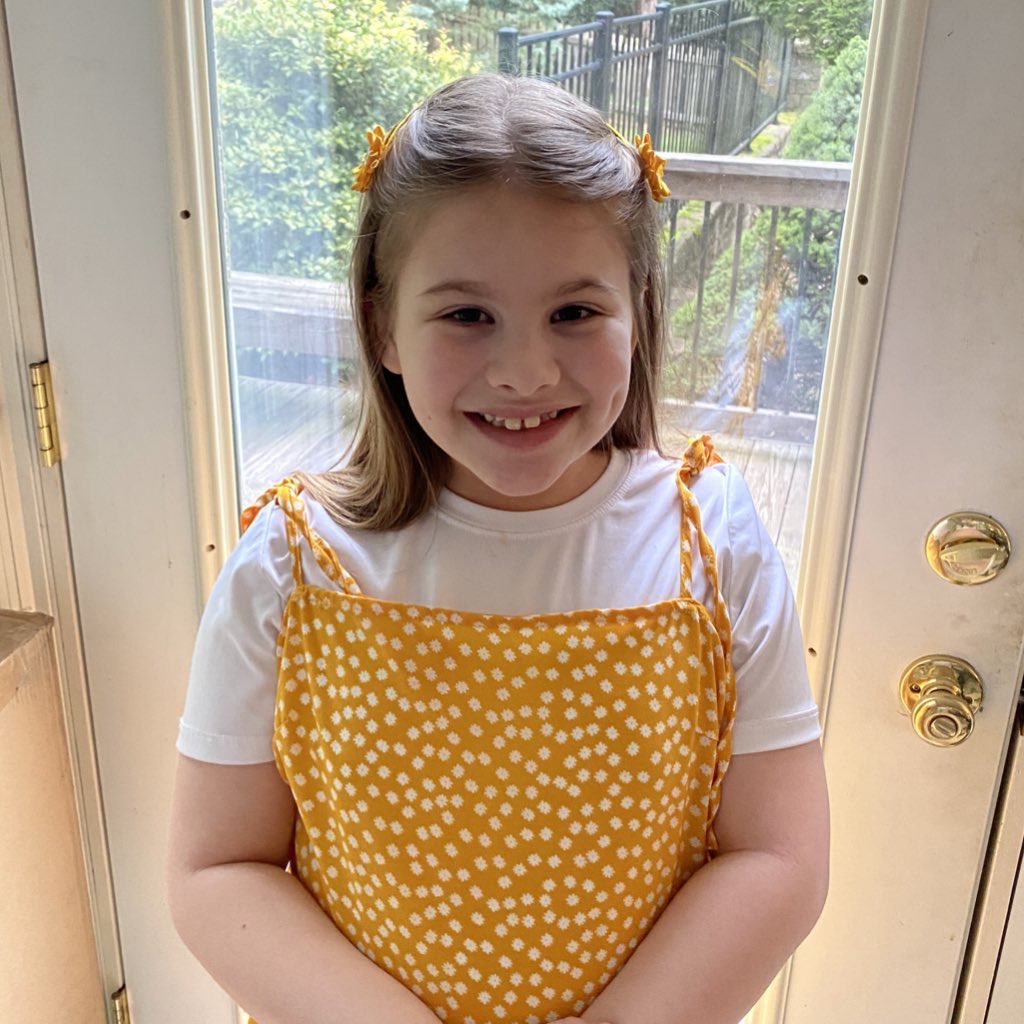 I mean, just look at that face. Even when she’s posing for a photo, she still has one of the most infectious smiles of anyone I know.

I also said that the divorce wasn’t all bad, because if her dad and I hadn’t split up, we wouldn’t have Chris, Olivia, or Jack in our lives, and we love all three of them so much. There are often days that I think Lucy prefers Chris over me, and even if she might get annoyed with Jack sometimes, she always thinks Olivia is the coolest thing on two legs.

I also told her how lucky she is to have divorced parents who get along really well with each other, because not all kids have that. She said, “yeah, you guys text each other a lot.” Which is true, we do! We talk kid logistics, sure, but we also joke around a lot. If I see a funny meme or tweet, there are decent odds that I might send it to Dave before I send it to anyone else. I have sometimes had the fleeting thought that Dave and I might have been better off if we never got married, but just stayed friends instead. But then I think of all the things I wouldn’t have: I probably never would have moved to North Carolina, I never would have met Chris… hell, I wouldn’t even have my current job (that I love!), because Dave pulled some strings to get me the job interview. Most importantly, though, I could never, not in a million years, regret any path I chose that brought Catie and Lucy into my life. I cannot imagine my world without those two glorious, delightful little weirdos.

Finally, I talked a lot to Lucy about how even though her dad and I are not married to each other anymore, we both always want what’s best for her and Catie, and we almost always agree on what those things are. (I didn’t tell her this, but it’s true: our rare disagreements have historically always come to a quick and easy resolution. We haven’t needed a mediator or use of the family court system since our divorce was finalized, and I know we’re very lucky in that regard.)

She was quiet for a lot of our talk, clearly mulling things over, but she seemed fine afterward. I checked on her about 15 minutes later, and she was sound asleep. She was back to her usual upbeat, funny little self this morning.

So, I guess I was lucky to avoid that conversation for as long as I did, but I’m also glad that I had ten years to come up with a decent response when it did finally pop up.

2 thoughts on “Ray of Light”