I mentioned this a while back, but it’s kind of an odd position to find yourself in, when you know someone who actively dislikes you reads everything that you write on your blog. I mean, I guess it happens to popular bloggers a lot, but that’s not me, and this is not a random Internet troll, this is someone who is connected to my real life. Well, distantly connected. We’ve never met, but this person is related to people I know and love.

(If you know me in real life, you probably know who I’m talking about. See also: this is why I keep my Twitter account locked.)

I find that I censor myself a lot more now. Which is fine. Even at my most overshare-y, my blog probably only represented maybe 5% of my life. The only difference is that now I’m just more selective about which 5% I share.

Other times, I find that I’ll write something deliberately, in a way that reads as harmless to everyone else, but I know will provoke this person. I figure it serves him/her right for reading my blog in the first place.

There’s a weird kind of entertainment value in that, writing something and then waiting to see how long before this person sends an outraged text message referencing something I wrote here.

Those outraged texts never take long. I think chronically angry people are always looking for something to justify their venom.

So, you know? Since this person is going to read my blog anyway, I figure I might as well use this little platform of mine to clear up a few things.

My breast implants are saline, not silicone. If you’re going to make disparaging remarks about my body, you should at least get the terminology right.

If you’re saying it because you think I’m supposed to be ashamed of myself for admitting that I had a part of my body surgically enhanced because I wanted to feel more comfortable in my own skin?

Nope. Not even a little. My new boobs are freaking awesome.

* Chris and his ex separated in September 2011.

I don’t think the term “home-wrecker” can be applied to me, since that home was pretty thoroughly wrecked long before I ever showed up on the scene. 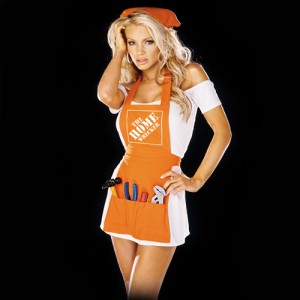 Pictured above: not me. (Bummer, I know.)

If you are the type of divorced parent who thinks it’s acceptable to say negative things about your ex-spouse in front of your kids? I think you are a horrible person who should have your parental rights revoked.

That shit is unforgivable.

Look, divorce is hard on all of us, especially when kids are involved. Vent to your friends, or to a therapist. Common decency should tell you to leave the kids out of it.

Because no matter that you say you don’t involve the kids? When the kids themselves repeat something you said, it’s proof that you’re both a liar and a bad parent to boot.

If you want to mock the name PooBou, which is a nickname from over 20 years ago?

Whatever, dude. Be my guest.

I’ve said it before, but since some people seem to think I have an agenda, I’ll say it again:

I do not care if I ever get married again. At all. It’s not on my to-do list.

And it’s funny, because a couple of my friends have gotten engaged recently, and I am so excited and happy for them, truly. But at the same time, there’s not one iota of me that’s jealous.

My commitment to Chris – and his commitment to me – is the same as if we were married, but I have no need for that piece of paper to certify it. It just doesn’t matter to me.

One of the best things about my relationship with Chris is that we don’t interfere in our other relationships. He doesn’t tell me how to raise my kids or how I should interact with Dave, and I do likewise for him. Sure, we talk about things, and we might ask for the other person’s opinion, but neither of us dictates to the other how we should act with our families and friends.

I do my own thing, he does his own thing. We love each other and don’t try to change the other person. 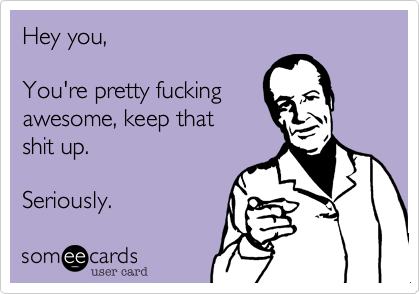 Maybe not a verbatim transcript of our conversations, but the gist is there. 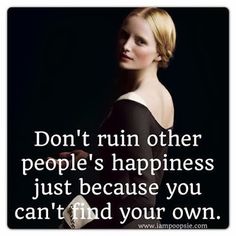 I guess that about sums it up. Now I’ll kick back and wait to see how long it takes before those outraged text messages start popping up….

12 thoughts on “you shouldn’t poke bears with a stick, but that never stopped me”