Toddlers all seem to have their own unique dialects, and I’m learning that Lucy’s is very different than how Catie talked at this age. Catie had an odd little half-British accent (thanks to her dad), but Lucy’s is just straight-up Southern. Which is funny, because I don’t think there are that many people in her life with thick Southern accents. My dad, maybe, and some of the ladies at daycare.

She calls milk, “MEE-uhlk,” and when we go to my parents’ house, she says, “I ring the doo-uh bay-ull.” Turning a simple 2-syllable word like “doorbell” into four syllables seems VERY Southern to me. There are times the way she talks reminds me of my Grandmother.

And not necessarily Southern, but she always says “OK” as “Oh-tay,” which reminds me of this: 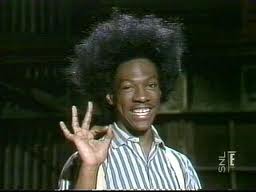 Ahh, back in the days when Eddie Murphy was still funny.

More random 1970s pop culture references. If she’s hurt or upset, and she wants a hug, she yells, “HUGGY!” Which makes me think of… well… 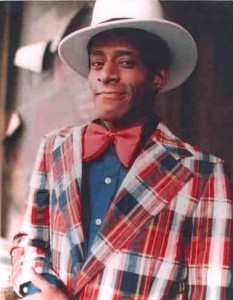 Yeah, it’s terrible, I know, but once you make that connection in your head once, you’ll never be able to not think of it.

She has a very two year-old way of arranging her words. She still says, “Take you!” when she wants me to pick her up. (I think Catie’s version was “carry you,” but Lucy got this one from my dad. When she raises her arms for her him to pick her up, he says, “Here, I’ll take you.”)

That little “you” vs “me” reversal happens a lot. This morning, I fussed at her for acting up, and she said, “Fine, I not you mama ANYMORE!” and flounced out of the room. It was very dramatic. Her teen years are gonna be awesome, I can see it already. Yeah. No flair for the dramatic here at all.

One morning when she woke up early, I told her to stay quiet to let Catie sleep, and she said, “Oh-tay, I not wake up her.” It’s the way she gets most of the correct words in the sentence, but putting them in the wrong order, that slays me.

It’s a temporary stage, and I know that in a year, the same sentence will be “Ok, I won’t wake her up.” But I’ll miss the way she talks now.

Of course, I do still have Catie who calls the weapon in Star Wars a “light saver,” and says “anywayses” instead of “anyway,” so maybe Lucy will hold onto some of those cute little quirks for a while longer. Either way, it’ll be “oh-tay.” Ha.