I used to have a habit of blogging about big milestones for me and my kids, but somehow I completely forgot to sit down and write about Catie’s 9th birthday. Which was 3 weeks ago. 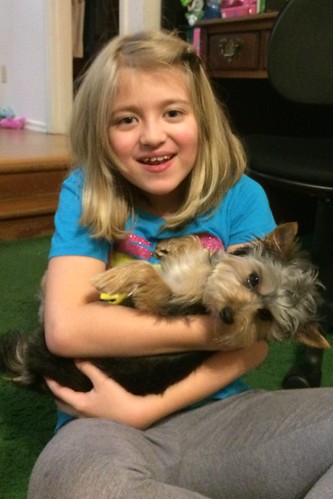 We had her birthday party the weekend before her actual birthday. It was scheduled for a Saturday, but we ended up with a snow/ice storm that required us to bump it to Sunday. Most of her friends were still able to come, which was great.

She wanted a Jurassic World theme for her party, and thanks to online party supply websites and the Publix bakery, we were able to accommodate that wish. 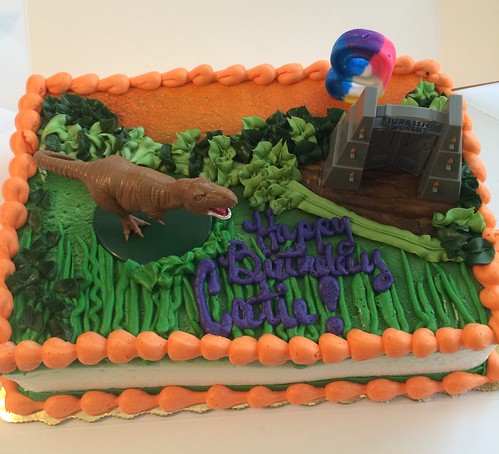 I used to think having a birthday party at the house was a big stressful thing that required tons of pre-planning. After having both Catie’s and Lucy’s birthday parties here, I realized that whatever activities I have planned mostly go to waste because the kids just want to do their own thing. So now I’m just like, “ok, your friends are here, go play and I’ll call you when it’s time for cake.” Boom, done.

(Lucy, however, still wants Disney Princesses to come to her party again. Although maybe not Anna and Elsa again, she might want Rapunzel or Jasmine or Sleeping Beauty or…. yeah. I told her we can decide when it’s closer to her birthday.)

Her actual birthday was on a Wednesday, and we had birthday brownies at my parents’ house that night. She didn’t complain. 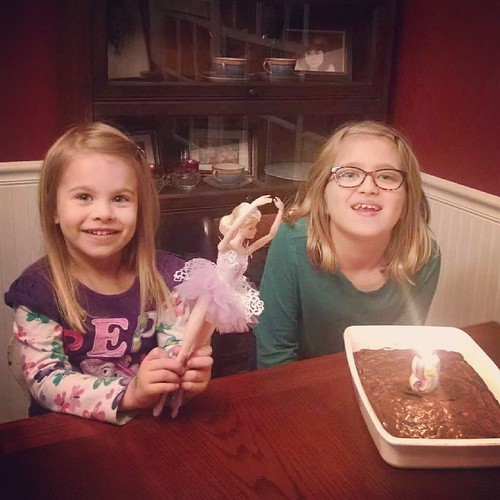 Like last year, I don’t want to write too much about her because it feels like an invasion of her privacy. I will say that age 8 was significantly easier than age 7. She’s smart, she’s hilarious, she’s sensitive, she has more empathy than most people I know, and she’s a total nerd for the stuff she loves (dinosaurs, Star Wars, Minecraft, Harry Potter, etc.). She’s fantastic. I tell her she’s one of my two most favorite kids on this planet.

On her birthday, I told her that 9 meant she’s halfway to being a grown-up. (That thought actually freaked me out a little.) She told me that when she’s 18, she and her cousin Elizabeth are going to go to college together, and live in the same apartment, and get jobs making Minecraft mods. I told her that sounded like a great plan.

I can’t wait to see what 9 brings us.

One thought on “Catie is 9”