This past weekend, we drove to Charlotte for my cousin Renee’s wedding. We set off on Friday, with my parents in one car, and me, Chris, and the girls following in my car.

Charlotte is only about 150 miles from here, but we let my dad be in charge of the GPS, which in hindsight was the worst idea ever. He found the shortest route, and as most people know (but my dad didn’t), shortest does not always equal fastest. So, a trip that should have taken 2.5 hours (give or take) ended up taking well over 4 hours, because he had us go down some random back highway with a speed limit of 45, and frequent stop signs. (“It’s 30 miles less if we go this way!” Well, yeah, but the alternate route lets us go 70 mph with no stops, so…)

And really, the kids were SO GOOD the whole time — they didn’t fight, they played quietly, they didn’t whine — but it stressed me out to be in the middle of nowhere, doing the toddler potty math of “oh god, how long do I have before Lucy says she needs to pee and there is NOWHERE out here to stop?!” (Parents of 3 year-olds, you know what I’m talking about.)

Eventually we got there, and we saw the house that my brother and his girlfriend moved into a few months ago, which was lovely. My parents stayed with my brother & his girlfriend at their place. I booked a hotel for me, Chris, and the girls, since that seemed like a lot to unload on my brother. It would’ve been even more fun if we could have brought Chris’s kids along too, but unfortunately it didn’t work out with their custody schedule.

After visiting with my brother for a while, we headed over to our hotel, checked in, and met up with our extended family who was in town for the wedding. 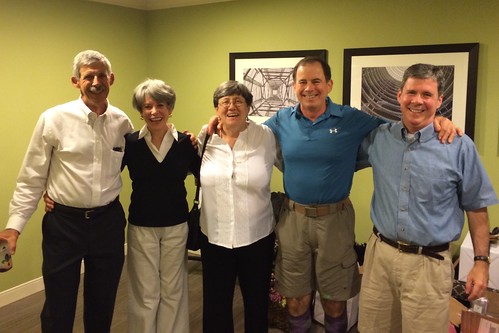 Which, HAHAHAHAAAAA NOPE. No, sweetie, we most definitely are not. I think I’m good with just the two.

There was a little dessert reception thing at the hotel for out-of-town guests – not exactly a rehearsal dinner, but sort of a pre-wedding get together. That was a lot of fun, and the kids spent most of the time playing with their cousins, doing cartwheels in the hallway outside of the banquet hall.

It took the girls a while to get settled at our hotel room that night and crash. 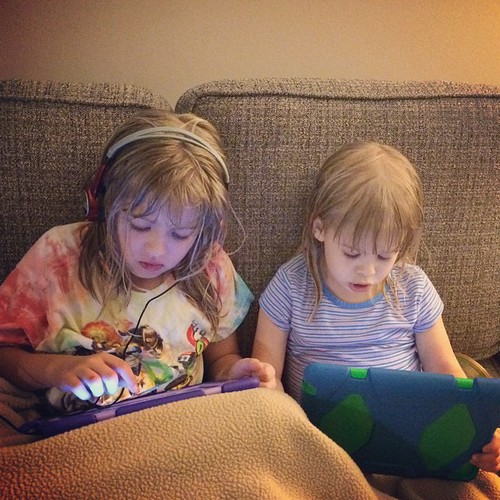 The next day, we got up, saw my sister for a few minutes (she got in late Friday night and the girls were dying to see her), then had breakfast with my cousin Cat (not the bride, a different cousin) & her family. Then we went to my brother’s house to gather up our people and head to the wedding.

I realized after the wedding was over that I had one picture of both of my girls all dressed up for the wedding, in their dresses that my mom made. (Having a Mimi who’s a retired seamstress has its perks.) 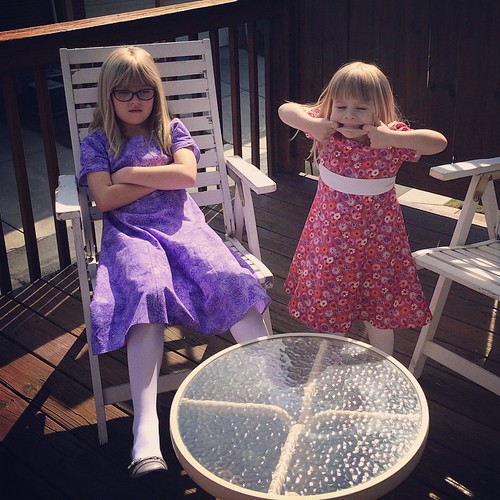 Catie was mad that I was trying to take her picture. Lucy was… well, being Lucy. That picture cracks me up to the point where I’m thinking about framing it, because it sums them up perfectly. 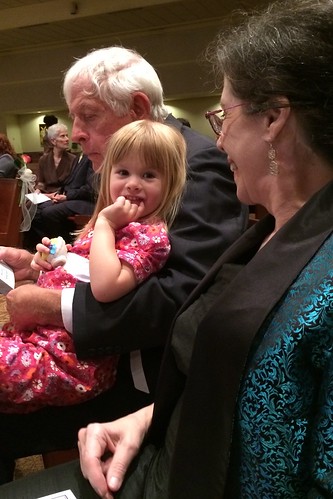 Waiting for the wedding to start.

Catie wanted to sit with her cousin Elizabeth, and I wish it wasn’t disrespectful to take pictures in church, because the way they either sweetly held hands or had their arms around each other was completely adorable. They locked their fingers together during the prayer. It was amazing.

The reception was at a museum in downtown Charlotte, and it was gorgeous. So was the bride, for that matter. 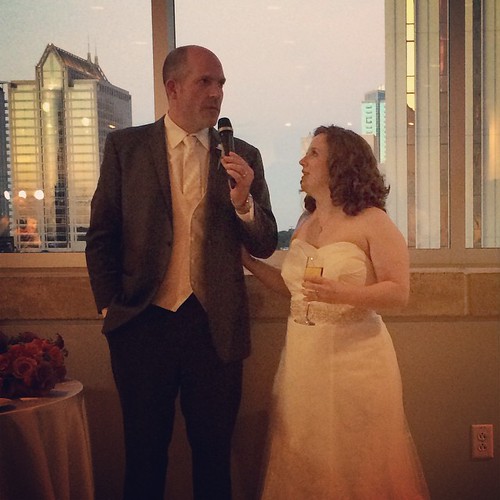 It really makes me so happy to see Renee so happy.

We goofed around at the beginning of the reception. We ate yummy food, and Catie took this picture of me and Chris that I love. 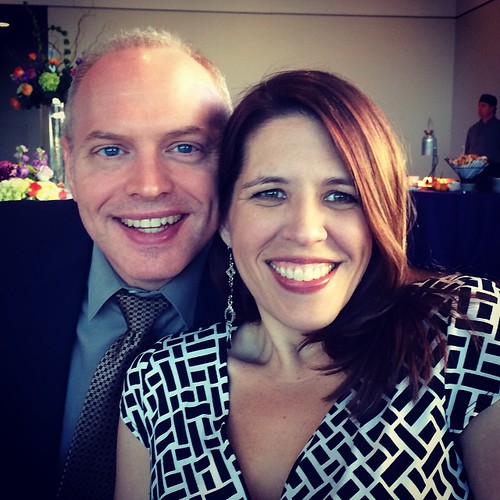 Then the band started, and we danced like crazy people. 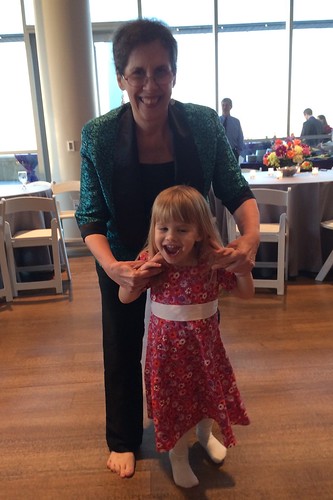 My BIL caught this for me. Cracks me up they were in sync. The song is "Look at Little Sister" by Stevie Ray Vaughn.

I feel bad for not taking more pictures than I did. Like, I didn’t get any of my siblings, or most of my relatives who were there. But I was just… there. And sometimes I think it’s a good thing to put down my phone and go enjoy the moment, rather than worry about documenting every single second with a photo.

And I mean, I danced so much that by the time we got back to the hotel room, my legs were more sore than they feel after a 5 mile run. So I’d say I enjoyed the hell out of that moment.

At the risk of sounding corny, I feel like I’m just so incredibly fortunate to have the family that I have. They’re a group of people who I genuinely enjoy being around, and I always have so much fun with them. We don’t see each other as much as I wish we could, because we’ve spread out all over the U.S., but weddings & other reunions are always so much fun.

And lucky me, I have another cousin who’s getting married next spring, so I have that to look forward to, in just a few months. I already can’t wait.

We drove back on Sunday, and got back later than planned, but it turned out ok. Catie really wanted to see Dave, and we’re trying to make sure she gets one-on-one time with each of us when we can swing it. So I dropped her off with him, and Lucy and I hung out for the evening. Even though three year-olds are difficult, having only one kid feels so easy compared to juggling them both.

We went for a walk, just the two of us, and she insisted she needed to bring her baby (and her baby’s diaper bag) along. 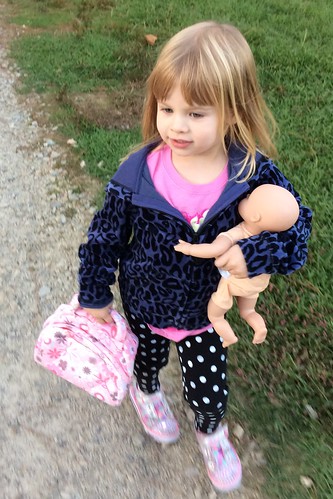 Then she discovered that crunching leaves is pretty much the most fun thing ever. 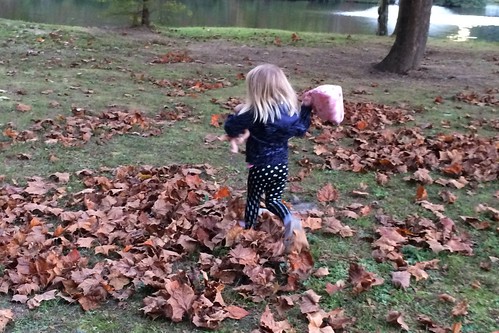 And you know, there are times that I worry that I’m a terrible parent and I’m going to ruin my kids somehow. Nothing in particular makes me think that, it’s just that constant self-doubt that I think most parents probably have from time to time. But then, I’ll have a moment where I see them completely carefree and happy, and I think… yeah, we’re probably going to be ok.

After all, I have a whole family full of amazing role models to use as a point of reference.

One thought on “Queen City wedding”