Dave and I alternate weekends with the kids. Having the free time has been nice (and every other weekend when the kids are with him? I sleep as late as I want and it is GLORIOUS), but it’s also been hard for me to adjust to not having the girls with me as much.

I try to make sure we always do something fun for them on my weekends. Two weekends ago, we went to the beach. Before that, it was 4th of July weekend and we hung out with family and went swimming.

This past Saturday night, we went to see The Little Mermaid onstage. Chris’s cousin works at the theater downtown where they were showing it, so she got us early, discounted tickets. 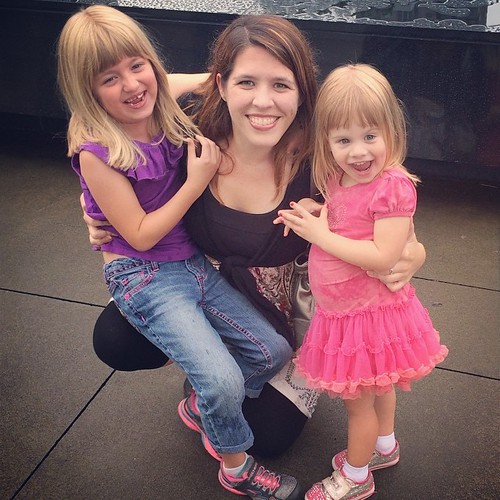 Before the show. Also? Hey, 2 inches of roots. Time to get my highlights re-done, obviously.

Chris had his kids that night, so we all went together, which was a little crazy with 4 kids all going in different directions. But the kids get along really well together, and the show was just fantastic.

Oddly enough, Lucy – the child who was the most excited about going to see the show (because she is a huge fan of anything that involves princesses) – was the one who had the hardest time watching it. She was a wiggle-worm and wanted to sit on Chris’s lap, then on my lap, then back on Chris’s lap… never in her own actual seat, of course. I mean, she’s only 3. The older kids have the attention span to sit still and watch the show, at least more than she does. But she wasn’t the only kid who was squirmy and moving around a lot, so I didn’t worry about it too much. She was quiet, at least.

The show started at 7:30, and didn’t end until 10:00 p.m. It was way past the kids’ bedtimes, but we figured hey, we’re already out this late, and Krispy Kreme’s flagship store downtown was just a few blocks away… 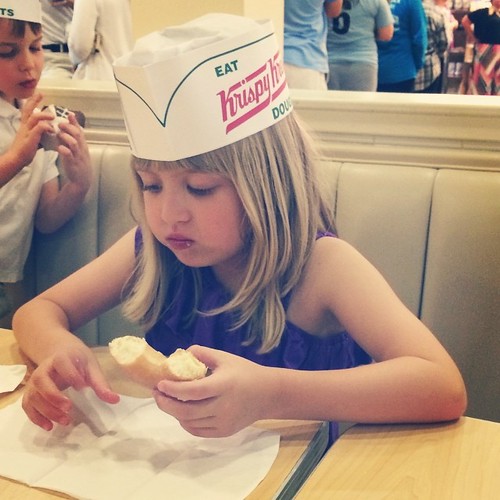 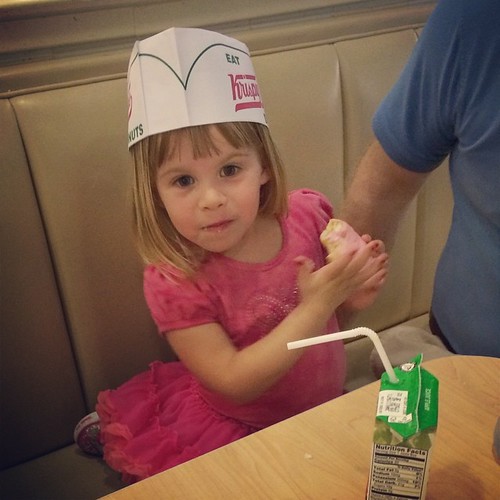 Both Catie and Lucy fell asleep in the car on the way home. I carried Lucy in, took off her shoes, and put her in the bed, fancy tutu dress and all. Catie woke up enough to walk in the house, change out of her jeans and into her PJ shorts, then she crawled into the bed and crashed. Both kids slept until 9 the next morning, which is basically unheard of.

Well, actually, scratch that – Lucy woke up at 5 a.m. and came into my room crying, “I don’t wanna wear this!!” about her fancy dress. I guess she was confused when she woke up, poor kid. I changed her into her PJs and put her back in the bed, and she was out.

(I also stripped the beds and washed the sheets on Sunday, because the kids had been pretty filthy when they went to bed, and we were due for a laundry day anyway.)

On Sunday, we dropped Lucy with my parents for a while (getting the grandparents all to herself is pretty much Lucy’s Most Favorite Thing Ever), and Chris and I took Catie to a game store that was hosting a Pokemon tournament. She’s been into Pokemon for a while, but she doesn’t really know how to play the card game. My parents gave her some money to buy some more cards (she already had some, but not enough to make a deck that you can play the game with – don’t ask me, I don’t really get how this works). We met some really sweet kids there who were willing to play with her and help teach her the rules, and she had a blast.

Funny aside: there was a little girl there named Katie, who was maybe 11 or 12 years old. She had purple glasses, long blonde hair, braces, wearing sneakers and a Pikachu t-shirt… It just kind of hit me that this was probably my Catie’s future. Which is fine, because the girl was so sweet (albeit in the awkward pre-teen years), it just struck me that, yeah, I can totally see Catie being just like that in a few years.

Catie learned a lot about how to play the game, and later that night when we got home, Chris played a couple more practice rounds with her. He’s better at this kind of stuff than I am. 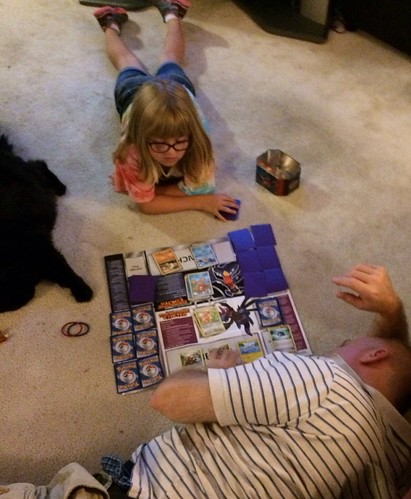 Even though he was playing while half-asleep on the living room floor.

Catie was excited to understand the game a little better, and she said she hopes the next time she sees Dave’s girlfriend’s kids, she can beat them at Pokemon. We’ll see, I guess.

Meanwhile, Lucy had so much fun playing at my parents’ house that she was pretty much worn out by the time we got back. 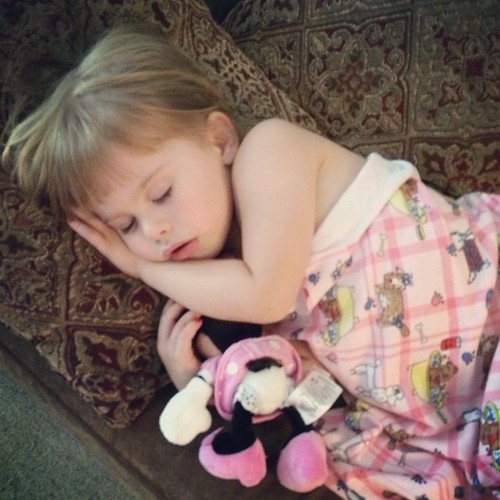 Both kids were out for the night before their bedtime (I try to get them to bed by 8:30 or 9; last night, they were both out by 8:15). I’m going to consider that a sign of a successful weekend.

One thought on “mommy’s weekends”